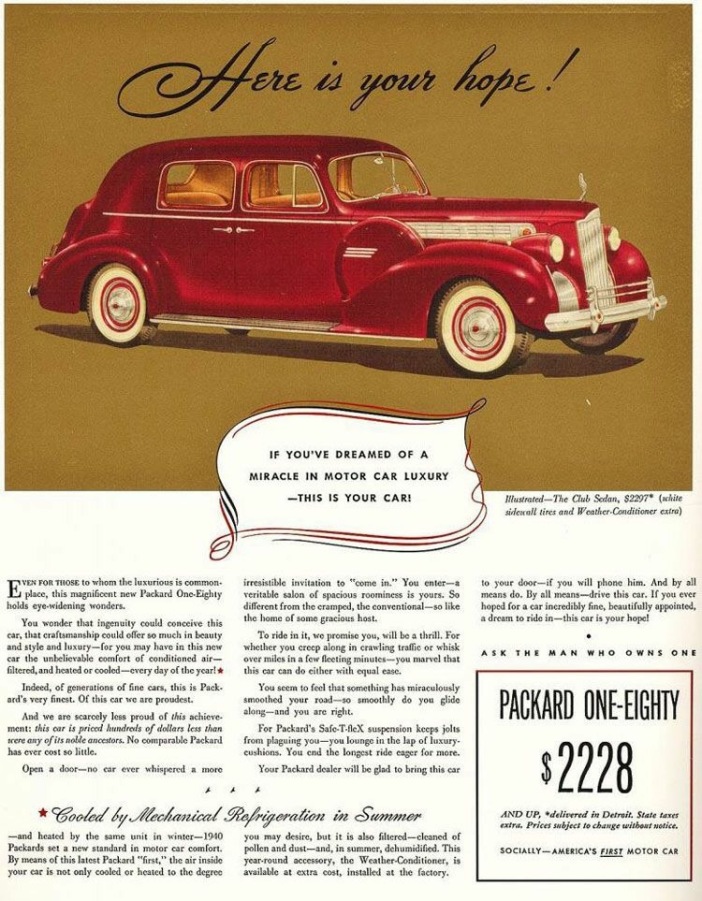 Today in History, November 4: 1939 – The first car with built in air conditioning is introduced at the 40th annual Automobile Show. While some after market companies had offered A/C for limousines earlier in the thirties, Packard was the first to offer the option of a “Weather Conditioner” to the average motorist. The unit took up nearly half of the car’s trunk space.

Today in History, June 6: 1933 – The First Drive-in Theater opens in Camden, New Jersey.  The automobile had become primary in American transportation after Ford initiated mass production.  With the birth of the drive-in theater, families could watch movies without concern for noisy children in the comfort of their automobiles.

By the fifties and sixties there were over 4,000 drive-in theaters in the United States.  In the seventies with cable TV and the oil crisis, drive-ins began to close.  Then in the 2000’s they began to experience a resurgence.

Do you remember summer nights sitting on your hood, or relaxing in the seats of your car, watching the latest movies?  The kids running about, playing on playground equipment under the screen, snacking on popcorn from the snack shack?  Or perhaps some other activities we won’t talk about?