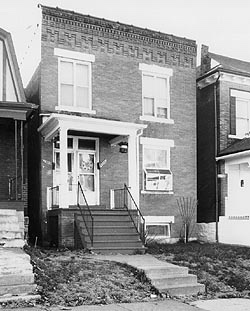 The US Supreme Court hands down a decision in Shelley v Kraemer, asserting housing rights for minorities.

In 1906 a nice two-story home was built in the 4600 block of Labadie Street in a neighborhood of St. Louis, Missouri. In 1911 residents of the neighborhood established a covenant which was common in America in the early Twentieth Century; the agreement ensured their neighborhood would remain “white only.” Home owners agreed not to sell to African-Americans or Asian-Americans.

In 1930 the Shelley family moved to St. Louis from Mississippi to escape pervasive racial bias. They were raising their six children when in 1945 a home owner agreed to break the covenant and sell them the house on Lebadie Street.

Another owner, Kraemer, filed suit to prevent the sale. The local court ruled in favor of the Shelleys, the Missouri state court against them. The case was then appealed to the US Supreme Court.

In a decision reminiscent of Chief Justice John Marshall, the Court set things right. The covenant was a private, not a state agreement. Therefore, the court system did not have the authority to prevent the covenants. This also meant the courts could not ENFORCE them. The Fourteenth Amendment protections of equal enforcement of laws and property rights had been been upheld. 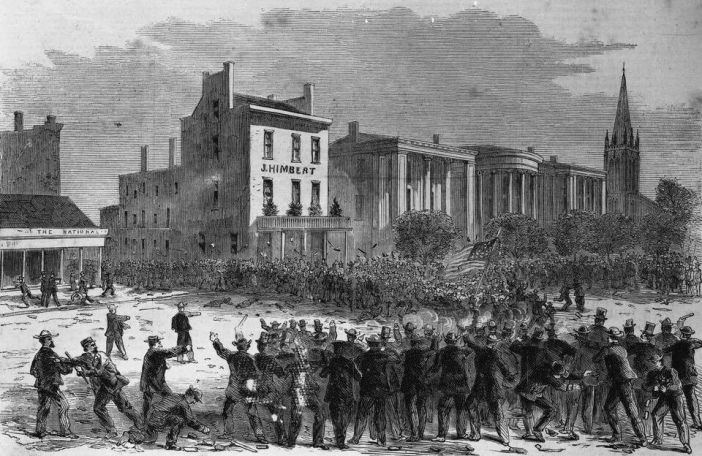 NOLA had been under Union control for most of the Civil War, although deep South in geography and sentiments.

In 1864, a state convention of mostly Confederate sympathies had tried to enforce “Black Codes” to limit the rights of Freedmen.

Now that the war was over, “Radical” Republicans were holding a state convention in The Mechanic’s Institute in New Orleans in hopes of gaining control of the legislature. A group of black Union veterans formed and marched to the Institute in support of the Republicans, where they were attacked by an armed group of former Confederates, including some authorities (the Mayor and others were Democrat former Confederates). 34-35 black and 3 white Republicans were killed.

Other similar riots in the South occurred, convincing enough voters that more stringent Reconstruction policies were needed. In November Republicans would sweep into both houses of Congress by 77%. The next year they would force through the Fourteenth Amendment protecting citizenship rights and equal protections over the protests of Democrats in Congress. Before it could be ratified, the Reconstruction Acts were passed…requiring former states to ratify if before they could be represented in Congress.