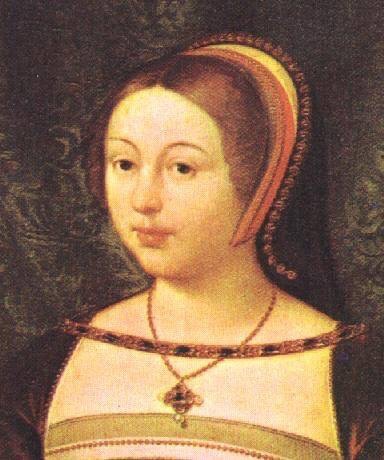 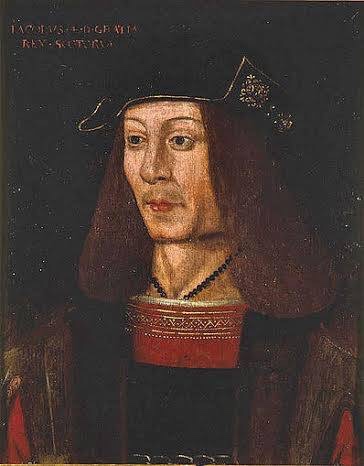 King James IV of Scotland and Margaret Tudor of England marry, fulfilling an international agreement which had been sanctioned by the Pope, The Treaty of Perpetual Peace between England and Scotland.

As it turns out, “perpetual” peace is good for about 10 years. In 1513 James declares war on England in support of France, who Scotland had a previous treaty with…and England had declared war on France.

The Pope would excommunicate James IV for going back on his word, and he would soon die during the Battle of Flodden Field, becoming the very last Monarch of the British Empire to die in battle.

300 miles south of Greenland, a few sailors aboard a US Navy “oiler”, the USS Maumee AO-2, made history with an act which would greatly affect history.

The logistics of keeping fleets supplied at sea was nothing new, but it did have extreme restrictions.  The Navy had tackled the problem in order to display its reach with the around the world tour of the Great White Fleet in 1907-1909, but that had been a task of loading enough coal on board to keep the ships moving.

The Maumee, when commissioned in 1914, was the Navy’s first diesel powered surface ship.  When the United States joined the fight in WWI, she was sent to a point off Greenland to do something which had never been done before…refuel ships while underway at sea.  Her first customers were six Destroyers on their way to England.  They performed the task successfully, and continued refueling ship that weren’t “log-legged” enough to make the trip.

I’ve written before about someone who always seemed to be mentioned when reading Army history about others during the 19th Century…General Nelson A. Miles.  Often he was the guy “cleaning up” an issue or who “also” played an important part.

Well, here is “that guy” for the US Navy in the 20th Century.  He became more famous, of course, but not for everything he should have.

When the Maumee was commissioned, a young Lieutenant was named her Executive Officer because he was an expert in her diesel engine technology.  He was still the Exec when she performed her ground breaking refueling tasks.  Chester Nimitz played an integral part.  Because of his expertise with diesel engines, Nimitz would also play a key part in the development of the Navy’s submarine fleet.

In 1938 the Chief of Naval Operations, Admiral William Leahy, ordered the commander of TF 7 to develop procedures for refueling larger ships, such as battleships, cruisers and carriers while underway at sea.  That, of course, was now Rear Admiral Nimitz.

When the US joined in WWII after the attack on Pearl Harbor, they called Nimitz from a job in DC to command the Pacific Fleet.  Now he was in charge of taking the war to Japan.  A job that required a lot of logistics, including vast advancements in refueling huge fleets at sea.  The underway processes would be key in famous battles such as the Coral Sea, Midway, the Doolittle Raid and many others.  One of the first at-sea casualties in the fleet would be an oiler during the Coral Sea battle.

In 1944 another huge leap was made.  Admiral Raymond Spruance was tasked with performing raids on Japan to minimize air attack threats during the invasions of Iwo Jima and Okinawa.  (His boss was Nimitz.)  He had a problem which had to be solved.  The Navy had underway refueling down to an art.  However his fleet of Aircraft Carriers would “shoot” through their on-board supply of munitions (bombs, torpedoes, bullets) in about three days.  After the three days, they would have to make a 12 day trip to Ulithi Atoll and back for resupply.  This would keep them on station and in the war only six days out of a month.

As Leahy had, Spruance ordered his staff to develop processes to resupply ammunition, food stocks, etc. while underway.  Which they did.  It was a dangerous undertaking, moving bombs across decks of moving ships and across winches between ships, but they did it.  Now, after spending their ammo, the fleet would sail overnight to meet the supply ships, refuel, re-arm and re-supply while underway from different supply ships while underway, and be back in the fight within two days.

The Navy has made huge advancements since, and in recent years has improved their resupply capabilities even more.  They have the massive Gerald Ford carriers to plan for.

The US military’s ability to reach out and touch someone anywhere in the world, would not be possible without the innovations which allow them to resupply on the move…anywhere.

We almost didn’t have “Chester” to help make all of these advancements for the Navy.  In 1907, young Ensign Nimitz ran his Destroyer, the USS Decatur, aground and was found guilty of hazarding his ship during the subsequent court martial.  As we have seen during recent events, this normally would mean a swift end to one’s Naval career.  Thank God the Navy brass saw fit to give Nimitz another chance.

Today in History, May 28: 585 BC – “In the sixth year a battle took place in which it happened, when the fight had begun, that suddenly the day became night. And this change of the day Thales the Milesian had foretold to the Ionians laying down as a limit this very year in which the change took place. The Lydians however and the Medes, when they saw that it had become night instead of day, ceased from their fighting and were much more eager both of them that peace should be made between them.” –Herodotus (Greek historian, author of “The Histories”. After a five year war between two factions in what is now Turkey, the Battle of the Halys River, or The Battle of the Eclipse, was being fought when a solar eclipse suddenly turned day to night. Both sides took this as an omen, ended the battle, and subsequently the war. More importantly to history over all is the fact that astronomers are able to set the exact dates of past eclipses. As a result, this battle is the earliest historical event which historians are able to determine the specific date on which it occurred. How cool is that? As in all things, there is a proviso. While most historians agree on this, some say that it is possible the battle could have been ceased by a lunar, rather than solar eclipse, which would change the date.