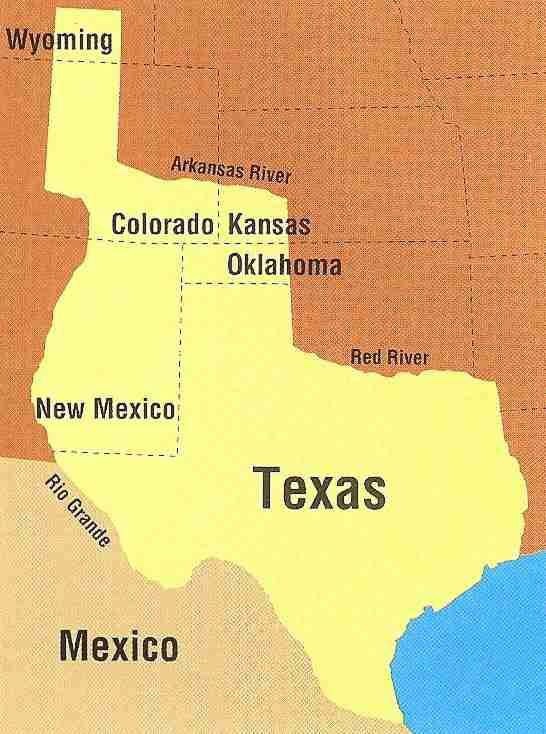 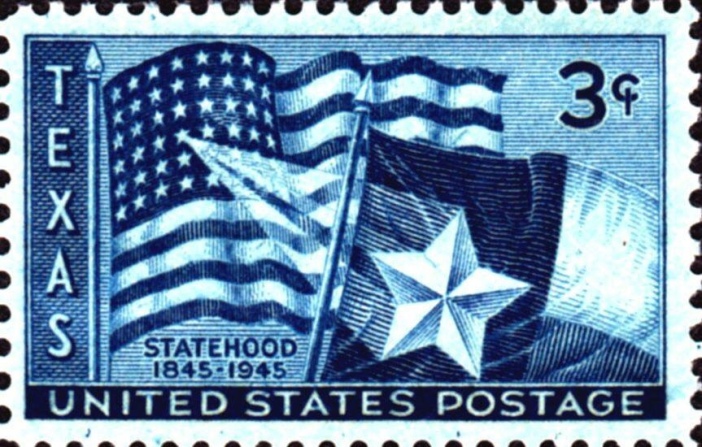 The United States annexes the Republic of Texas, the only US state to have been an independent nation. The Republic had gained quite a bit of debt in it’s short life, and part of the bargain was for the Republic to relinquish parts of modern day Oklahoma, New Mexico, Colorado and Wyoming to the US in exchange for ten million dollars in bonds. As a sovereign nation, the new state of Texas gained rights most other territories and states did not, which is why Texas has profited from her oil rights on land and off her shores. 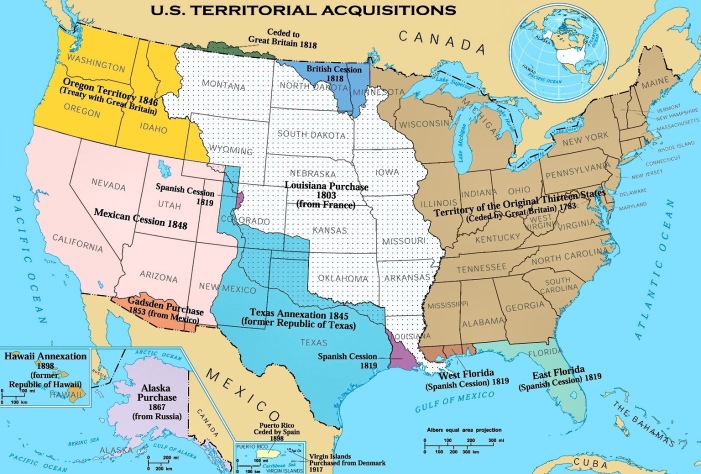 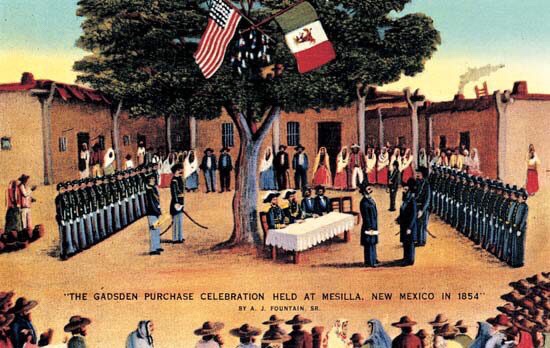 The Gadsden Purchase. The last major expansion of continental US territory takes place when US Ambassador to Mexico James Gadsden and Mexican President General Antonio Lopez de Santa Anna sign a treaty giving over a large segment of what is now New Mexico and Arizona from Mexico to the US for 15 million dollars to facilitate a southern US railroad, because a more northern route was too mountainous. The story seems pretty plain. But as I researched it, I found more and more intrigue and drama to be involved.

Gadsden was an ardent slavery proponent, sent on this mission by then US Secretary of War Jefferson Davis to negotiate the agreement on behalf of President Pierce. Gadsden and Davis, of course, shared views that more slave holding states should be added to the Union.

This was a point of major contention in the Congress, which debated the treaty extensively for those very reasons. Santa Anna, having lost badly in the war for the independence of Texas (Tejas) and the Mexican-American War, had been in and out of office repeatedly. Ironically, he was willing to sell additional Mexican territory to the United States so that he could afford to fund a Mexican army to defend against…the United States.

This last purchase established the current continental boundaries of our nation. Primarily because southern business interests didn’t want to depend upon a northern railroad route to ship their goods to California, not trusting the Yankees in this pre-Civil War era. 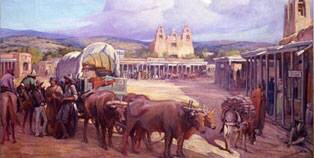 Today in History, November 16: 1822 – William Becknell arrives in Santa Fe, New Mexico with a train of mules loaded down with supplies. Recently, he had been jailed for the more than $20,000 in debts (today’s dollars) that he owed. In desperation he put together a trip with supplies across the dangerous midwest to Santa Fe, Mexico, in an attempt to make the money to pay his creditors. On his first trip he made an incredible profit from the Mexicans living in Santa Fe, since Mexico had recently won it’s Independence from Spain and could trade with Americans again. On his second trip, he turned a $3,000 investment into a $91,000 return for the people of Franklin, Missouri. Before his death in 1865, he would run for the state legislature, own land once owned by the survivors of Daniel Boone, be a Captain in the Texas War for Independence, and be a Texas Ranger. Oh…and before all this happened, he served under Daniel Boone’s son in the War of 1812. He would be honored for blazing the trail to Santa Fe. His father and two of his uncles served in the Revolutionary War…the uncles were killed in battle. What a life!