Today in History, November 5: 1862 – President Abraham Lincoln relieves Gen. George B. McClellan of the command of the Army of the Potomac for the second and last time. “Little Mac” was a great organizer, and drilled the army into a very competent force…but refused to use it. On numerous occasions Lincoln suggested, cajoled, asked, and ordered McClellan to take offensive action. Gen. McClellan always assumed his enemy had many more soldiers than they actually had and found excuses not to advance. Finally Lincoln had enough. McClellan, who referred to Lincoln as a well meaning gorilla, would run against his boss for President as an anti-war Democrat. I read and listen to a lot of history. It always bothers me when an author judges a leader rather than just reporting the facts…we weren’t there, and I’ve been “second guessed” myself. Gen. McClellan is my exception. I’ve read too many historical accounts, too many biographies in which he was mentioned. I don’t believe he was a coward. I don’t necessarily believe he was a traitor. But he repeatedly and adamantly acted against the interest of his government. I would love to know what was in his mind. 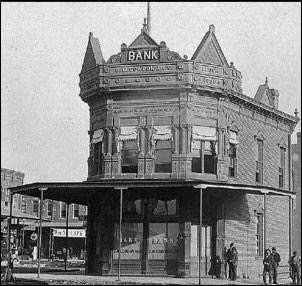 Today in History, October 5: 1892 – In Coffeyville, Kansas, four citizen give their lives in the successful effort to prevent the infamous Dalton gang from robbing two of the town’s banks at the same time. The Daltons made the mistake of attempting to rob a town where they were well known, and were recognized. As they entered the banks, the word was spreading and citizens were arming themselves. As they attempted to flee, they were gunned down, only Emmett Dalton surviving. Coffeyville citizens George Cubine, Charles Brown, Lucius Baldwin, and town Marshal Charles T. Connelly died in the gunfight.