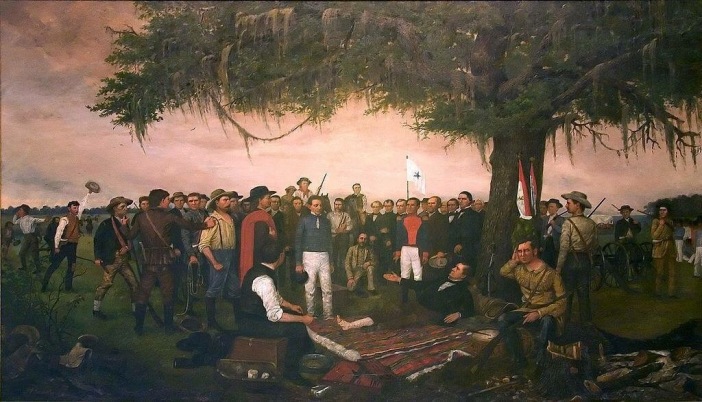 Today in History, April 21: 1836 – During the Battle of San Jacinto, Texian militia led by Gen. Sam Houston surprises and routs the army of professional Mexican soldiers led by Gen. Antonio López de Santa Anna. Santa Anna was captured and held as a prisoner of war, soon agreeing to a treaty that ostensibly recognized Texas as an independent nation. Houston was an instant national (Texas and America) hero. Usually history is seen as snapshots in time, but there are so many stories expanding from here. As for Santa Anna, he was like a cat…he seemed to have 9 lives and repeatedly came back from defeat. Fast forward about 25 years and Houston was Governor of the State of Texas…and would resign the post rather than swear allegiance to the Confederacy, perhaps because he had fought so long and hard to make Texas part of the Union. Today, you can visit the battlefield at San Jacinto, and while you’re at it tour the USS Texas, the only remaining battleship to have served in both WWI and WWII.