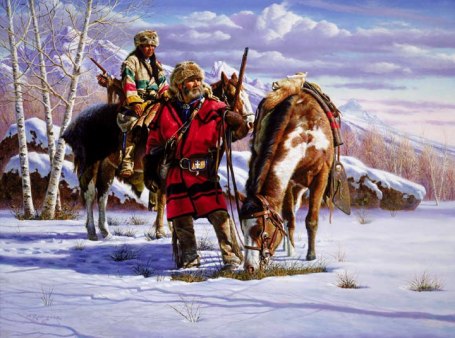 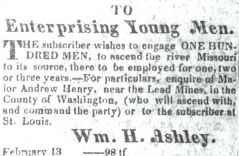 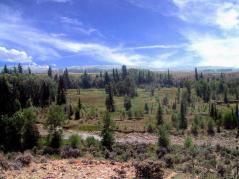 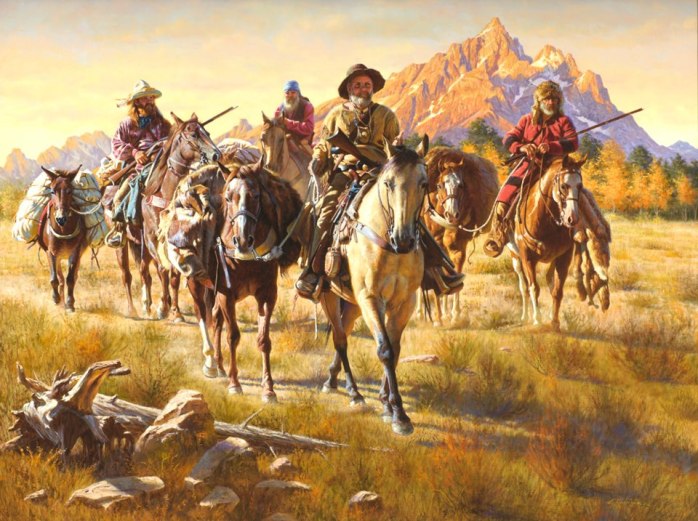 Today in History, February 13: 1822 – Missouri Lt. Governor William Ashley, already an enterprising entrepreneur in the gunpowder business, posts an advertisement in the Missouri Gazette and Public Advisor seeking 100 men to volunteer for an expedition up the Missouri River as fur trappers. The expedition first tried to setting up a trading post on the Yellowstone River in Montana, but the Arikara Indians, firmly entrenched in the fur trading business themselves, kept raiding the post to eliminate the competition. Ashley then set upon a new idea; he told his trappers, including Jim Bridger, Jedediah Smith, James Beckwourth (first African-American mountain man) to go overland by horse into the mountains to trap, and once a year they would meet at a location set by Ashley for a “Rendezvous”, where they would spend several weeks trading their furs for supplies…and taking the opportunity for a rare socializing event, spent mostly intoxicated. The Mountain Men sold their furs to Ashley for a tidy profit, and then disappeared into the wilderness again. Ashley spent two years at this venture, making a huge profit, then sold his Rocky Mountain Fur Company and returned to politics, serving terms in the House and the Senate. But the Rendezvous system carried on for years in the fur trade.