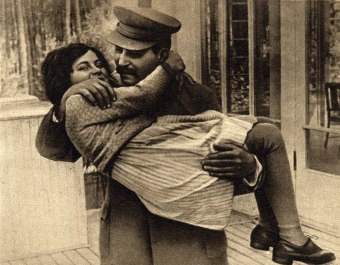 Today in History, March 6: 1967 – A Russian woman walks into the US Embassy in New Delhi, India and requests asylum in the United States. The US Ambassador weighs her request and decides to grant it. The woman had been in a relationship with an Indian man that she met in a Moscow hospital, but the Soviet government had denied them the ability to marry. When he died she had been given the privilege of taking his ashes to his family in India. The woman, Svetlana Alliluyeva, had lost her father in 1952. Upon her arrival in New York City in April, she held a news conference to denounce her father, Josef Stalin, his regime and the Soviet government. Svetlana’s mother had committed suicide to escape her father’s abuse (although it was rumored that he killed her), Svetlana’s first husband had been arrested and sent to a gulag for 10 years. She had left her adult children in the USSR, would go on to marry a protege of Frank Lloyd Wright, then would move to England, back to the Soviet Union, and finally, back to America. She passed away in Wisconsin in 2011.