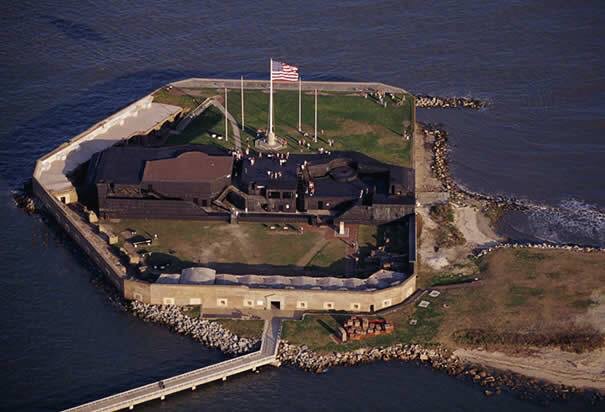 Today in History, April 12: 1861 – South Carolina batteries fire on the Union held Ft. Sumter in Charleston Harbor. This began the American Civil War, although it will depend upon who you ask which side started the conflict. Most historians will say that Gen. P.G.T. Beauregard’s order for the bombardment began the war. Some in the South still refer to the war as the “War of Northern Aggression”, and consider that the fact the Union refused to leave the fort in what they considered sovereign South Carolina territory as the trigger. When President Lincoln took office, closed his inaugural address, ” In your hands, my dissatisfied fellow-countrymen, and not in mine, is the momentous issue of civil war. The Government will not assail YOU. You can have no conflict without being yourselves the aggressors. You have no oath registered in heaven to destroy the Government, while I shall have the most solemn one to “preserve, protect, and defend it.” 34

I am loath to close. We are not enemies, but friends. We must not BE enemies. Though passion may have strained it must not break our bonds of affection. The mystic chords of memory, stretching from every battlefield and patriot grave to every living heart and hearthstone all over this broad land, will yet swell the chorus of the Union, when again touched, as surely they will be, by the better angels of our nature.”