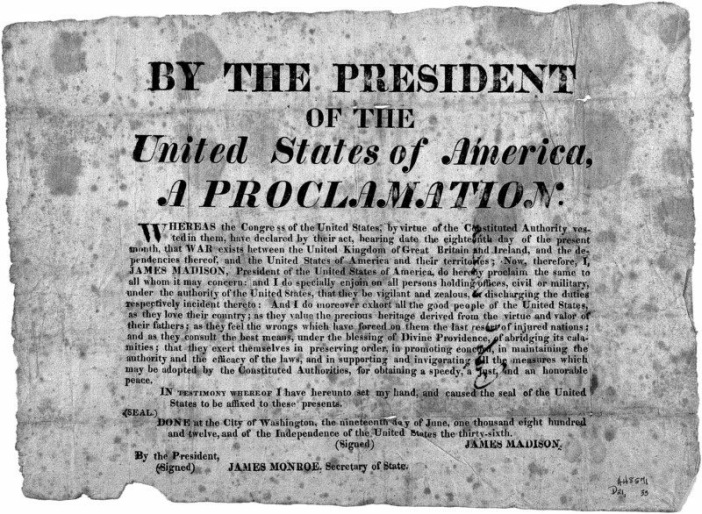 Today in History, June 18: 1812 – President James Madison signs the Declaration of War against Britain that would lead to The War of 1812. The Brits, accepting the sovereignty of the U.S. in name only after losing the American war for Independence, had been raiding American shipping on the high seas and forcing American sailors into service in the Royal Navy. They had also been supporting Native American tribes for the sole purpose of inhibiting American western expansion. Finally Congress had enough and sent a bill to the President declaring war on the British Empire, which President Madison signed.