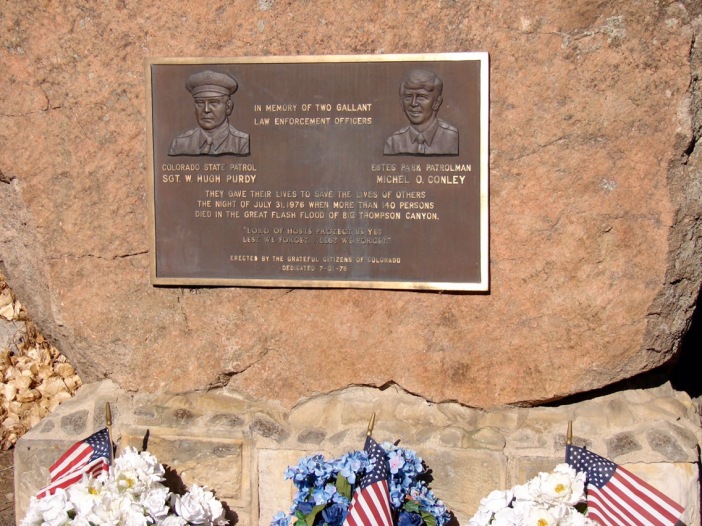 Today in History, July 31: 1976 – The Big Thompson Canyon Flood. While Colorado was celebrating its Centennial, a highly unusual thunderstorm broke out high in the mountains, near the source of the Big Thompson Canyon in northern Colorado. The storm deluged the canyon with the equivalent of 3/4’s of the area’s annual rainfall in a matter of hours. It sent a wall of water 20 feet high racing down the canyon, filled with deadly debris.

Residents and tourists miles away from the storm near the mouth of the canyon had no idea there was a storm higher up, much less a torrent of flood water headed their way. 144 died.

Colorado State Trooper Sgt. W. Hugh Purdy and Estes Park Officer Michel O. Conley were advised of the approaching flood. Remember that this before cell phones and other mass media, most of which wouldn’t have worked in the canyon anyway. These men drove their patrol cars up the canyon, telling people to flee using their public address systems, with full knowledge of what they were doing….until they met the water and were killed.