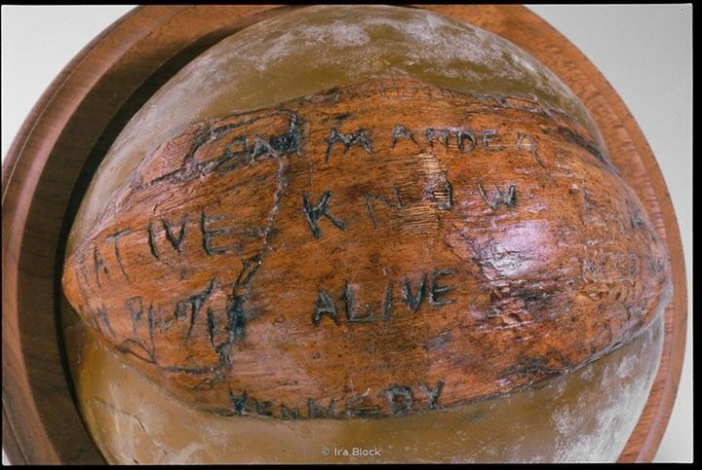 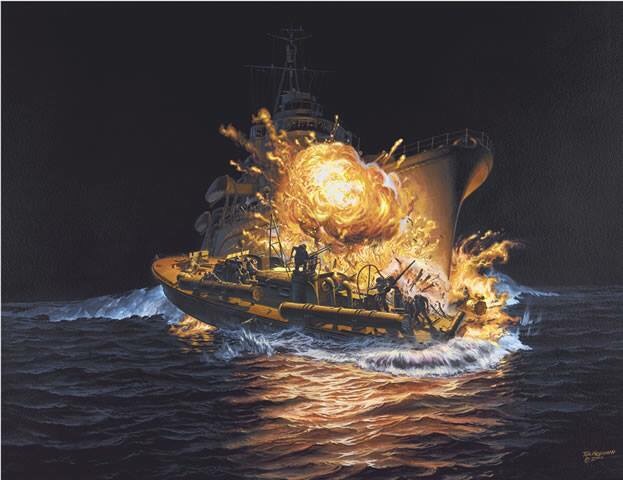 Today in History, August 2: 1943 – Lt (jg) John Fitzgerald Kennedy and the crew of torpedo boat PT-109 are on patrol in Blackett Strait of the Solomon Islands when they are rammed by a Japanese destroyer, IJN Amagiri. The destroyer continued on her way; the crew of the plywood patrol boat began a days long ordeal of survival at sea. Kennedy, in spite of a bad back, towed a wounded crewman by a strap for two miles to a nearby island. He and another officer took turns swimming out into the strait attempting to flag down help. Eventually they encountered natives who were working with an Australian Coast Watcher, who arranged rescue. There was no doubt JFK’s actions were heroic, but heroes were everywhere during those years. His exploits were used during his presidential campaign to great success. He kept the coconut upon which he had written a message to the coast watcher.