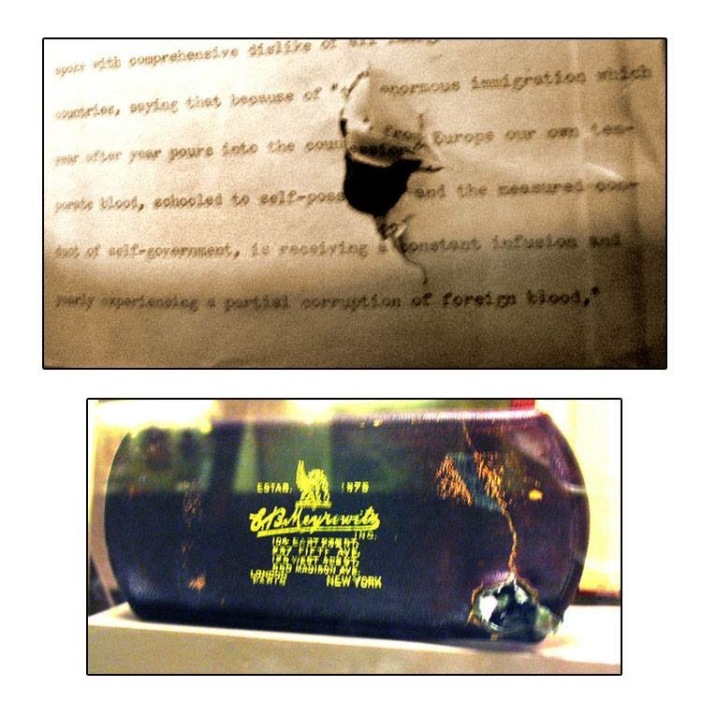 “Ladies and gentlemen, I don’t know whether you fully understand that I have just been shot; but it takes more than that to kill a Bull Moose.”

As he is leaving his hotel in Milwaukee to give a campaign speech, former President Theodore Roosevelt is shot point blank by a would-be assassin. The bullet went through TR’s glasses case, the 50 page speech he had in his jacket, and penetrated his chest.

An experienced hunter, Teddy decided that since he wasn’t coughing up blood, he wasn’t in immediate danger, as he reasoned, because the bullet hadn’t penetrated his lungs.

He continued on and spoke for over an hour, blood still seeping from his chest wound. Afterwards he finally went to the hospital. The incident not only gave evidence of his strength and resolve, but gave a name to the party he was representing.