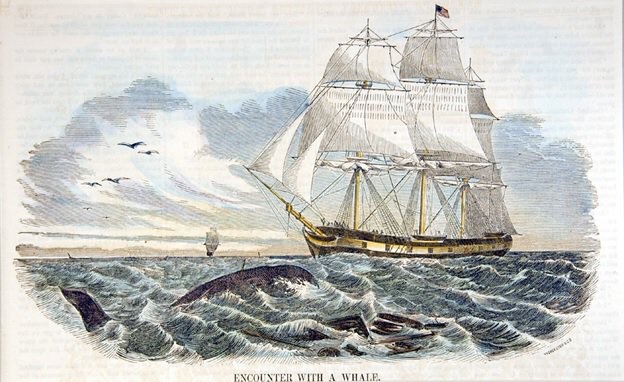 Loss of the whaleship Essex. Since 1711, the whaling industry had been an important aspect of the American economy. This was the time before crude oil, and the oil, blubber and bone from whales brought good money. Hundred of ships from New England made a living sailing to the Pacific and back.

The Essex had sailed from Nantucket and was hunting 2,000 miles west of the South American coast when and angry whale struck the ship twice, capsizing her and setting her twenty man crew adrift in open long boats.

During the next 83 days three of the men would be marooned on a South Pacific island. Only five others would survive after being picked up by other ships near the South American coast.