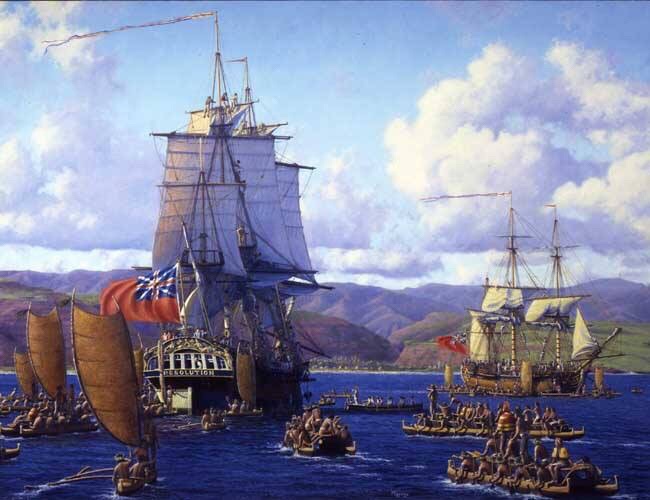 Today in History, January 18: 1778 – As the American Revolutionary War waged, English Captain James Cook discovers what he called the Sandwich Islands during an exploring expedition to the Pacific; it was not his first. The Hawaiians thought the Europeans were Gods, and the sailors were only too happy to encourage the misconception. The islanders were fascinated with the iron metal used on the ships; the sailors used it to barter for goods and “comfort” from the Polynesian women. Cook continued his voyage, looking for the Northwest Passage. After returning to the Islands a year later, Cook and his sailors continued the ruse. When one of his crew died, they were discovered to be mere mortals. The natives took one of the ship’s cutters. When Cook and crew attempted to retrieve it, killing some of the residents in the process, they were attacked, and Cook was killed.