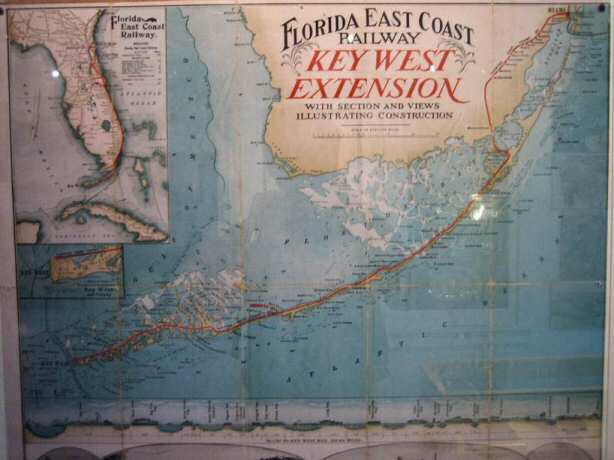 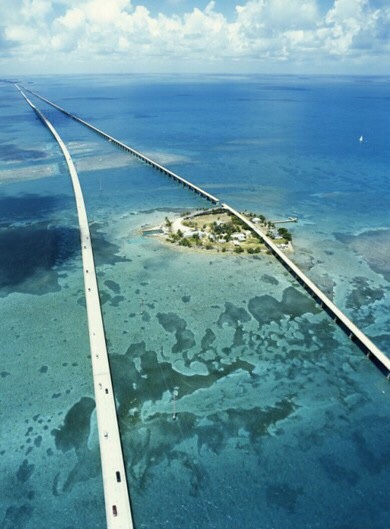 The Florida East Coast Railway opens service to Key West, 128 miles from the southern coast of the mainland and the southern most city in the United States.

Built mostly over water between the islands of the Keys, the railroad took seven years to build and was an engineering marvel. It was destroyed by a hurricane in 1935, an interesting story in and of itself. In 1938 it was replaced by the Overseas Highway, which was built on it’s foundations.