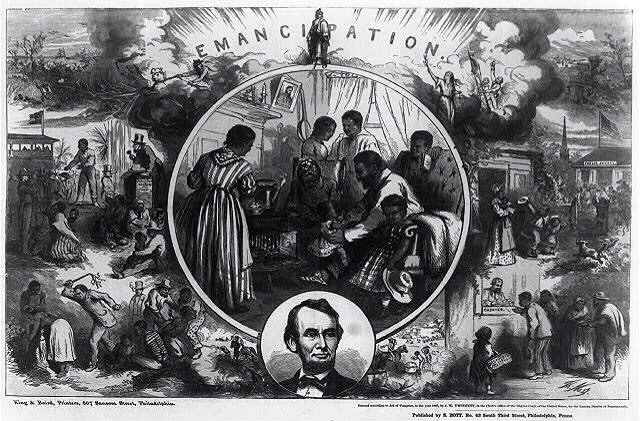 “Section 1. Neither slavery nor involuntary servitude, except as a punishment for crime whereof the party shall have been duly convicted, shall exist within the United States, or any place subject to their jurisdiction.

Section 2. Congress shall have power to enforce this article by appropriate legislation.”

One day after Congress passed the Thirteenth Amendment to the US Constitution, President Abraham lincoln signs the act outlawing slavery.

It would take until December of the same year for enough states to ratify the amendment so that Secretary of State William Seward could proclaim it the law of the land. Of course Lincoln would give his life the cause of Union and freedom before then.