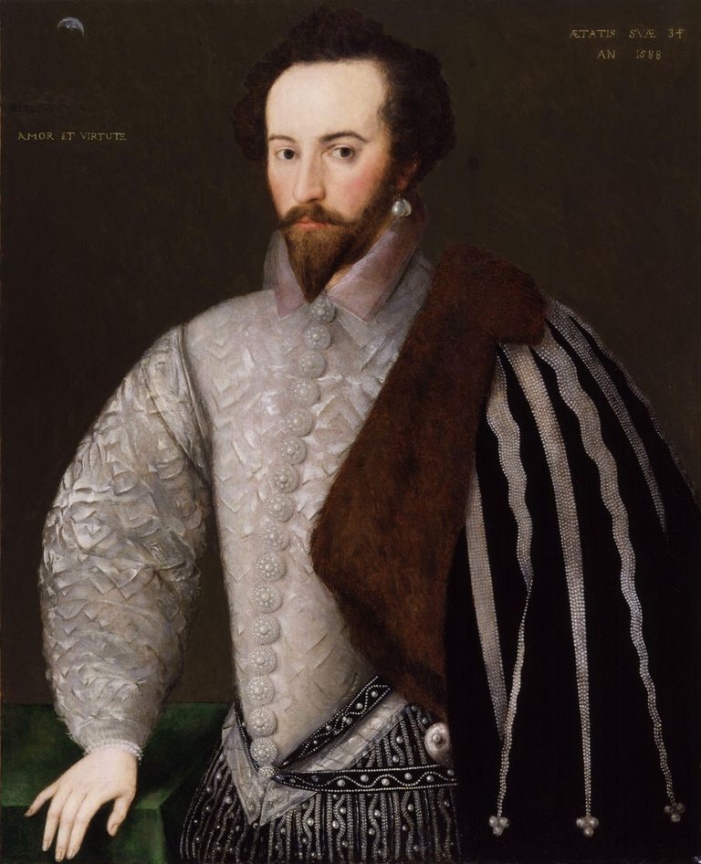 In sunshine and in shadow,

In search of Eldorado.

But he grew old—

This knight so bold—

And o’er his heart a shadow—

Fell as he found

No spot of ground

And, as his strength

Failed him at length,

He met a pilgrim shadow—

‘Where can it be—

This land of Eldorado?’

Down the Valley of the Shadow,

‘If you seek for Eldorado!’

On this date in 1616, Sir Walter Raleigh, English courtier and explorer, was released from confinement in the Tower of London (for the second time) so he could lead an expedition to the Americas in search of the fabled City of Gold, Eldorado (for the second time.)

During his second search for Eldorado some of his men raided a Spanish outpost, which violated a treaty of peace between the two nations.

As a consequence, when he returned home, he was arrested and executed.