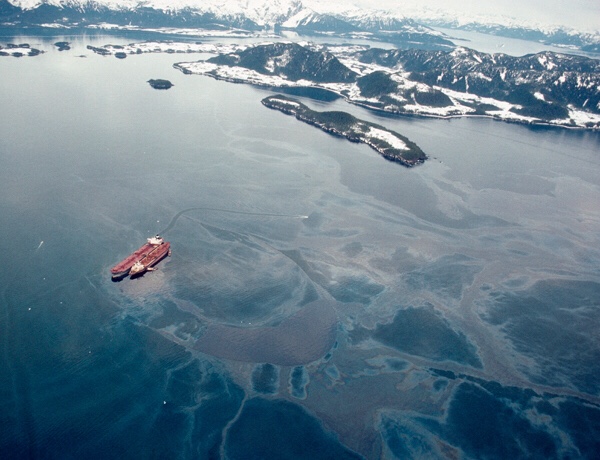 The Exxon Valdez, an oil tanker which had just filled up and was headed through Prince William Sound, Alaska, runs aground on Bligh Reef.

The rupture in the tanker’s hull allowed nearly 11 million gallons of oil to spill into the waters of the Sound and The Gulf of Alaska.

Over the next several days the crude eventually spread over approximately 1300 miles if pristine Coastline in what is arguably the last wild frontier.

Hundreds of thousands of fish, birds and other animals that make Alaska and its waters home were defenseless against the sudden onslaught. Many were rescued by volunteers equipped with dish soap, while many more died.

Exxon, the government and others tried several methods in attempts to clean up the mess, but what I’ve read indicated the results were meager, and nature is doing a better job of healing the Unfathomable damage itself. Still, almost 30 years later, the effects of the crew and company’s irresponsibility remain.

In the end a price or cost from the disaster can’t be quantified.