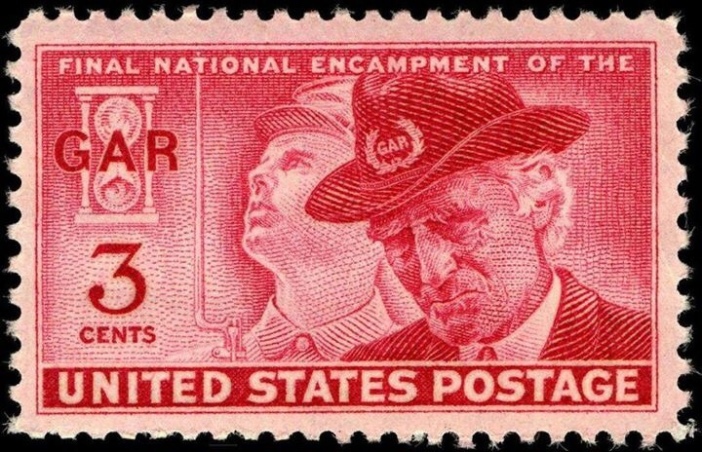 Fraternity, Charity and Loyalty.” The Grand Army of the Republic is formed in Decatur, Illinois, bringing together a Fraternal organization of veterans of the Union (US) Army, Navy, Marines, and “Revenue Cutter Service” (Coast Guard) from the Civil War.

Admittedly an arm of the Republican Party, the GAR was one of the first bi-racial fraternal organizations in the US…white and black veterans worked together to gain veteran’s pensions, elect Republican Presidents Grant, Hayes, Garfield, Harrison and McKinley, all Civil War veterans.

At it’s high point, the organization had 490,000 members; it passed with it’s last member’s death in 1956, to be replaced by the “Sons of Union Veterans of the Civil War.