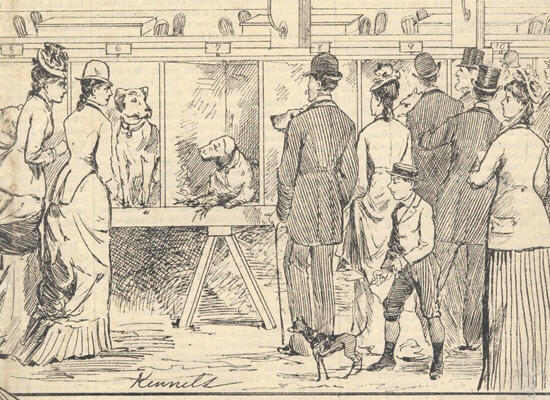 For several years a group of sportsmen had been gathering at their favorite bar inside the Westminster Hotel in New York City to tell tales of their hunting excursions and share a few drinks.

They decided eventually to set up some kennels nearby for their four-legged friends and hire trainers. Thus was born the Westminster Kennel Club, named for their favorite establishment.

From here it was decided to host a dog show, the first of which drew approximately 1,200 entrants as The First Annual New York Bench Show of Dogs, held at Gilmore’s Garden for three days beginning May 8, 1877.

Today we know the show as the Westminster Kennel Club Dog Show and the venue as Madison Square Garden.

The show is the second longest continuous running sporting event in the United States…bested only by the Kentucky Derby which began in the same decade.

Oh the stories they can tell. Entries reportedly have been made using the late Col. George Custer’s dogs, those of the monarchs of England, Russia and Germany, and the indomitable Nelly Bly.

The show predates movies, the light bulb, many states, and the “show went on” during wars and the Great Depression.

The show has, of course, progressed from hunting dogs to pretty much every breed, and now carries on longer and draws even more remarkable crowds.