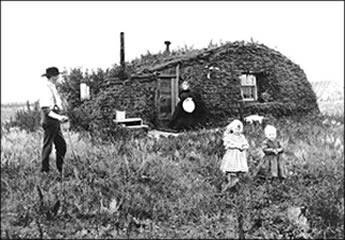 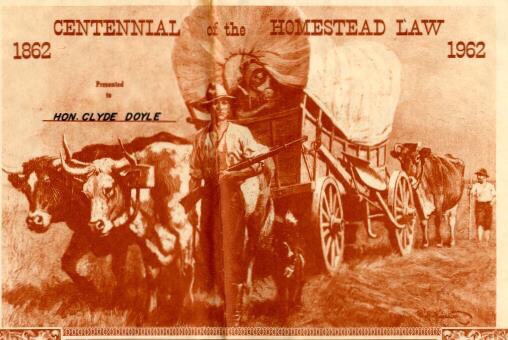 President Lincoln signs the Homestead Act, which would give 160 acres of western lands to anyone that would farm it successfully for 5 years and build a residence upon it (often a sod building).

The Act would encourage vastly expanded settlement of the west; bad news for Native Americans, good news for those newer Americans wanting to improve their lot in life.

Congress had attempted to pass similar acts in 1852, 1854, and 1859, but each time the attempts were shot down by Southern Democrats who were afraid that if the west were populated it would result in more “free” states, which would result in more votes against slavery.

Once the Republican Lincoln was elected, and the Civil War began, the Southern Democrats were no longer part of the equation in Congress. The Republicans soon passed the Homestead Act and the settlement of the west began in earnest. By the end of the war 15,000 settlers (some of which were merely pawns for land speculators) had accepted their lands. Eventually 80 Million acres would be settled.