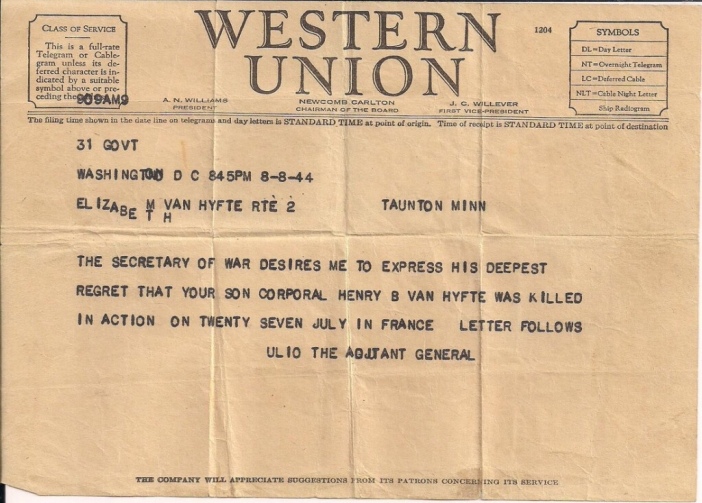 The skies overhead filled with aircraft…thousands of bombers, transports, fighters. The British populace watched the boys board the transports bound for France…and wept. Their towns, so long filled with those damned Americans were now quiet and empty. They wouldn’t be coming back.

In America, as the news was broadcast that the invasion had begun at long last, businesses, theaters, and other workplaces emptied and closed…and the churches filled to capacity.

Americans prayed for their sons, husbands and fathers. I’m sure they prayed not to see the Western Union courier on their street in the coming days.