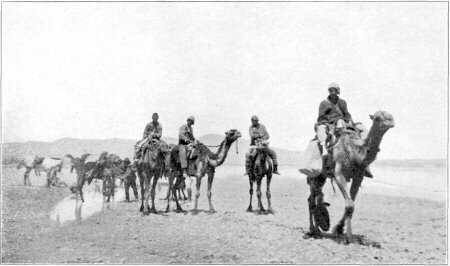 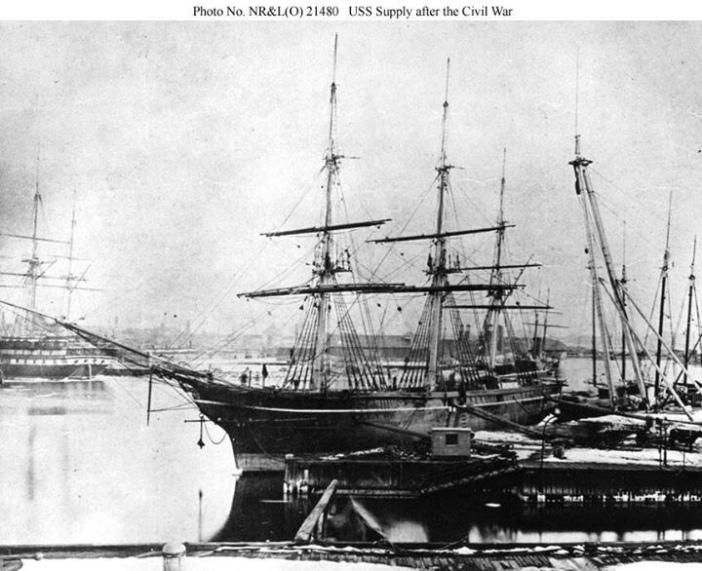 US Army Major Henry C. Wayne sails aboard the USS Supply (commanded by US Navy Lt. David Dixon Porter) for the Middle East to purchase camels that would become part of the US Camel Corps. Either he or Gen. Edward Beale had convinced US Secretary of War Jefferson Davis that the animals would be perfect for transportation in the American Southwest.

70 camels would eventually be part of the Corps, and they WERE perfect for transporting supplies long distances…but they were also cranky and difficult to manage, and scared the Army’s horses. When the US Civil War began, the project was largely forgotten as the new Union Secretary of War, Edwin M. Stanton, didn’t support it. Feral camels were seen roaming the Southwestern United States as late as 1941 as a result.

You may have noticed some other interesting names mentioned. David Dixon Porter was part of an already famous naval family…Farragut. David would serve with distinction in the Civil War.

The USS Supply. If her planks could have talked. The Mexican-American War….she was instrumental. Through her life she make numerous trips to the Levant…served in South Africa, South America, Brazil…she was part of two Expeditions Commodore Mathew C. Perry made to Japan, sailing into Odo Harbor on the Historic dates.

Then Supply returned and became part of the swashbuckling adventures during the Civil War Blockading Squadrons.