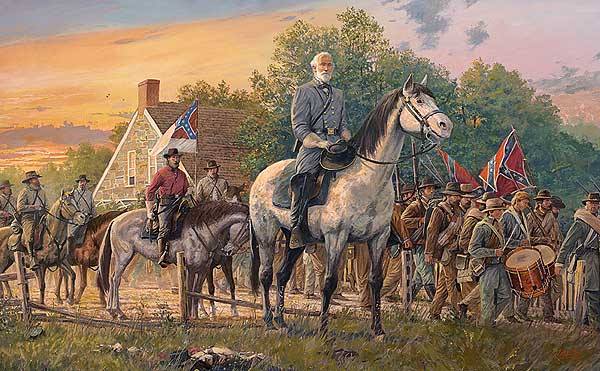 On the same day, half a continent away, Confederate General Robert E. Lee leads his defeated Army of Northern Virginia south away from the Battle of Gettysburg, Pennsylvania. No official surrender here…Lee’s army would survive to fight another day. While both battles were turning points, they did not spell the end of the South as many believe. There were years of hard, bitter fighting still to come with ghastly losses in life and injury. Gettysburg was, however, the last serious attempt by the South to invade the North.