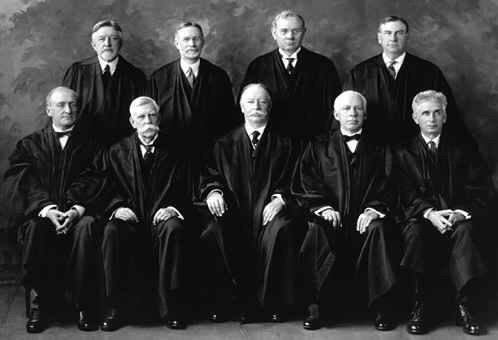 Former President William Howard Taft is sworn in as Chief Justice of the US Supreme Court, his dream job.

He had been a jurist in several different posts, Governor-General of the Philippines, Secretary of War and finally President. His former friend Theodore Roosevelt had tried to appoint him to the court several times, but he had refused because he felt responsibilities to the positions he filled at the time.

He never really wanted to be President, but Chief Justice had been his life long dream. President Warren G. Harding gave it to him, making him the only person to hold both jobs, and the only former President to swear in future Presidents.