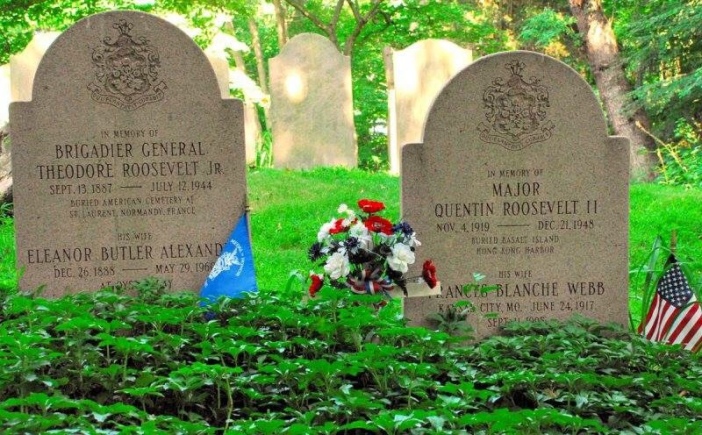 US Airman Quentin Roosevelt, youngest son of President Theodore Roosevelt, dies when he is shot down over France in WWI.

He and his brothers, who all served in WWI were very competitive in the voracity of their service, trying to live up to their father’s exploits…a father who also wanted to serve but was refused due to President Wilson’s fear that TR’s service might lead to a run for President in 1920. TR wouldn’t live that long…and he spent his last years heartbroken over the loss of his youngest son.

TR Jr. would die of a heart attack just weeks after leading his division in the Normandy invasion of 1944…again living up to his father’s legacy. A family of immense wealth; several generations of which dedicated their lives to service to their country.