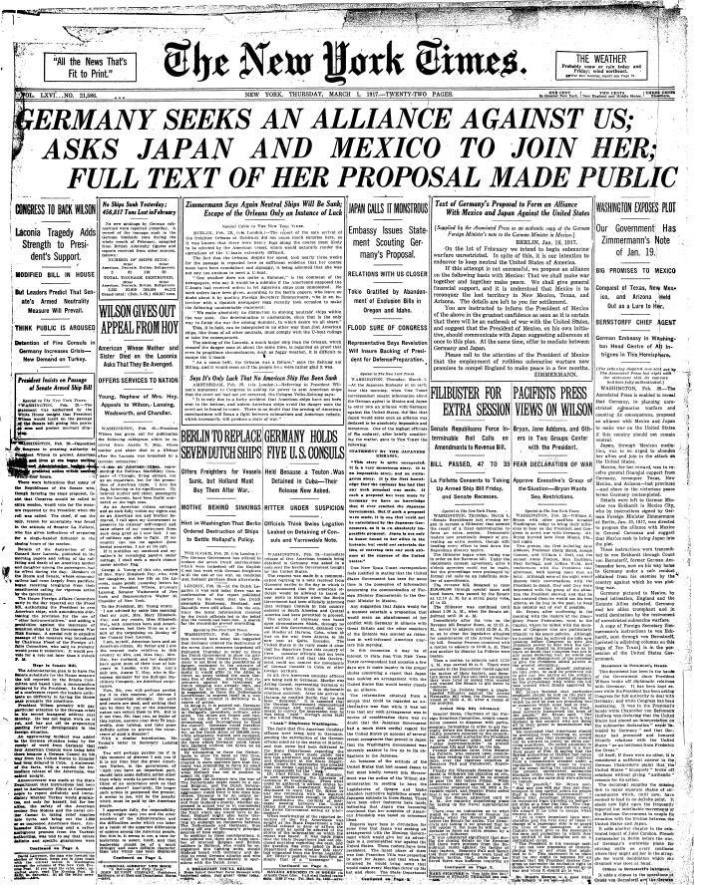 President Woodrow Wilson is informed of the “Zimmermann Telegram”.

German Foreign Secretary Arthur Zimmermann had sent the telegram to the German Ambassador to Mexico, Count Johann von Bernstorff, authorizing him to offer Mexico a great deal of money if they would become allies with Germany should America enter the war.

To top it off, Germany offered to give Mexico Texas, New Mexico and Arizona should they agree.

Wilson ordered American shipping to be armed and authorized the release of the telegram to the media. News of the treachery enraged the American public, who were already angry over German submarine attacks on American ships. By April 6th Wilson had asked for and received a declaration of war.