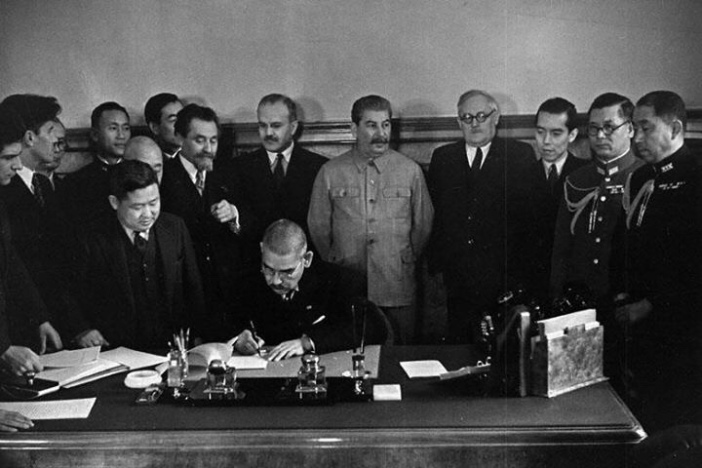 The Russian and Japanese governments sign a non-aggression treaty. The treaty gave both nations much needed cover.

The Russians didn’t have to fight the Japanese in Manchuria, freeing up hundreds of thousands of troops to fight the Germans.

The Japanese, likewise, freed up hundreds of thousands of troops to fight the Americans. FDR encouraged Stalin at Malta to declare war on Japan after the defeat of Germany.

They did so, conveniently, between the atomic bombings of Hiroshima and Nagasaki, ostensibly after the war was over, invading Manchuria and demanding the northern islands of Japan for their “effort”.