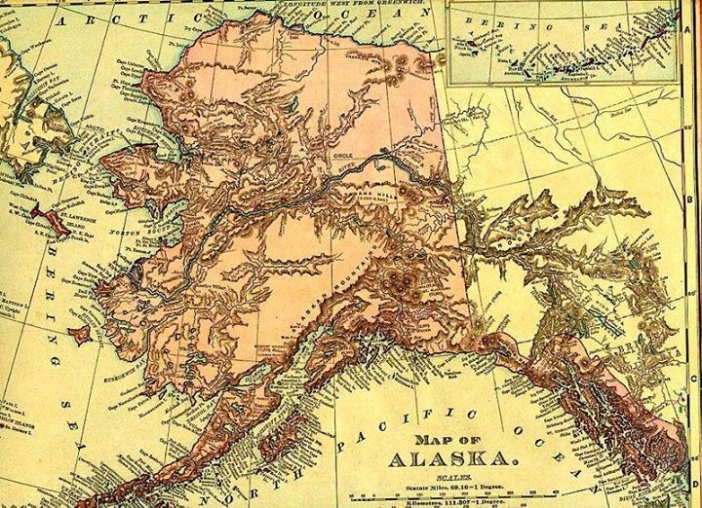 Russian Grigory Shelikhov founds Three Saints Bay on Kodiak Island, establishing Alaska for Russia. Over the next several decades Russian fur trappers moved into the interior, and down into California, where they were turned back by American frontiersmen.

By the 1850’s Russia was ready to sell Alaska and offered it to the United States. The negotiations were delayed during the American Civil War, but in 1867 Secretary of State William H. Seward negotiated it’s purchase for .02 cents per acre.

He was excoriated for the purchase; it was called “Seward’s Folly” or “Seward’s Icebox”. The treaty passed the Senate by just one vote. Since then Seward has been vindicated, with gold and oil and nature.