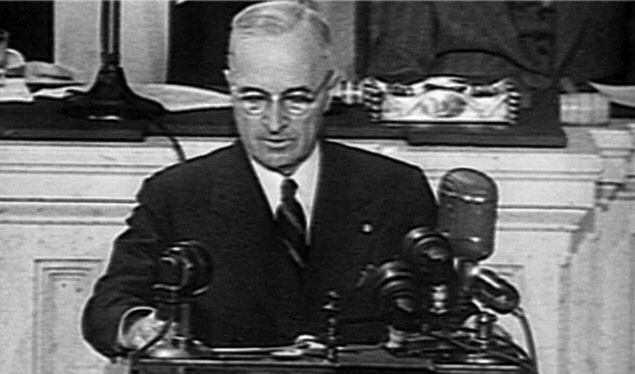 1950 – Railroad unions and railroad companies fail to reach labor agreements and the unions plan to strike, bringing the nation’s primary transportation system to a halt. With the nation at war in Korea, President Truman would not allow that to happen, and signed an executive order placing the country’s railroads under the control of the US Army.

The Army ran the railroads for 21 months until the unions agreed to the government’s terms and returned to work.

President Reagan firing the nation’s air traffic controllers in the eighties was not unprecedented. For much the same reason, Police officers are not allowed to strike. Some jobs are necessary for our society to function.