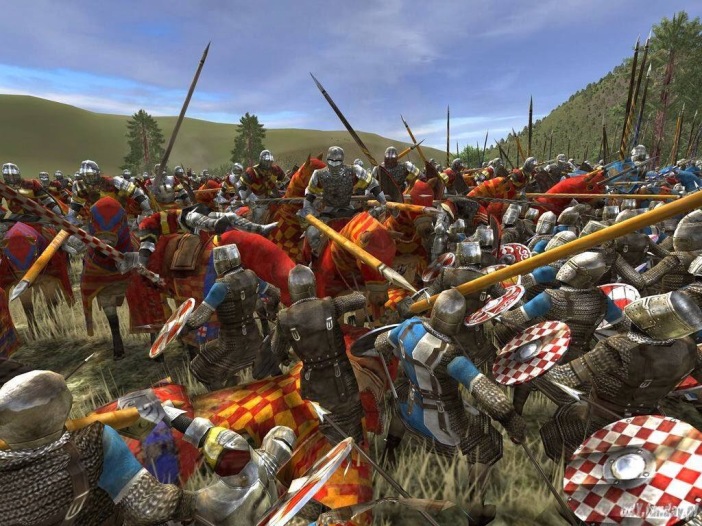 Today in History, August 26: 1346 – The Battle of Crecy. During the 100 Years War, the English and French meet in battle at Crecy.

The English were badly outnumbered, by perhaps 10,000 soldiers…the numbers are sketchy. The English Knights, normally on horseback, dismounted to protect their archers…equipped with longbows…6 foot bows capable of firing 300 yards.

The French elite positioned themselves on horseback BEHIND their archers…equipped with crossbows…powerful, but with a much shorter range. The result was that the English decimated the French ranks at long range, and won the battle.

The battle marked English advancement as a world power.