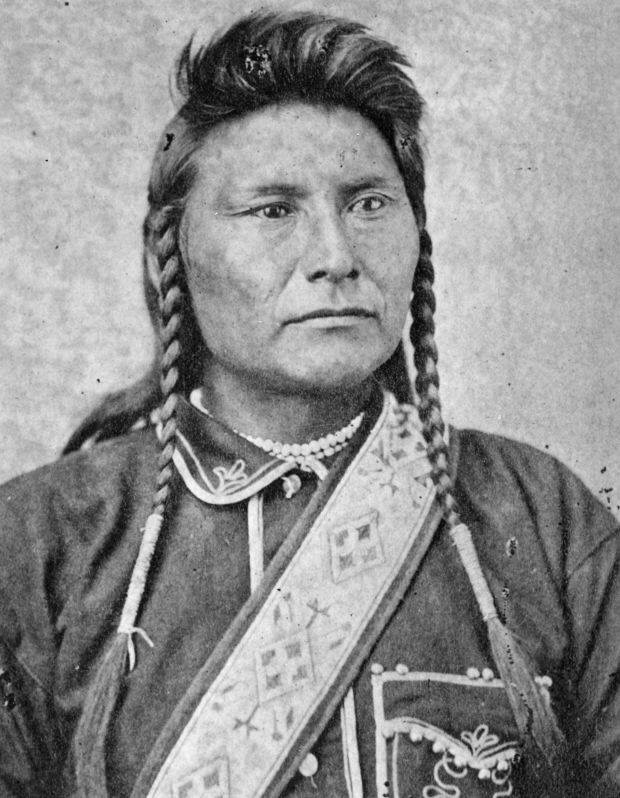 “I am tired of fighting. “Our chiefs are killed. Looking Glass is dead. Toohoolhoolzote is dead. The old men are all dead. It is the young men who say, ‘Yes’ or ‘No.’ He who led the young men (Olikut, his brother) is dead. It is cold, and we have no blankets. The little children are freezing to death. My people, some of them, have run away to the hills, and have no blankets, no food. No one knows where they are—perhaps freezing to death. I want to have time to look for my children, and see how many of them I can find. Maybe I shall find them among the dead. Hear me, my chiefs! I am tired. My heart is sick and sad. FROM WHERE THE SUN NOW STANDS, I WILL FIGHT NO MORE FOREVER.”

Chief Joseph, who in 1877 had led his band of the Nez Perce in a running battle for 1400 miles in an attempted retreat into Canada from the US Cavalry, ending in his surrender to US troops under Gen. Nelson A. Miles, dies in Washington State. His people had been friendly with the white people since the time of the Lewis and Clark Expedition.