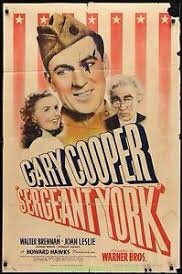 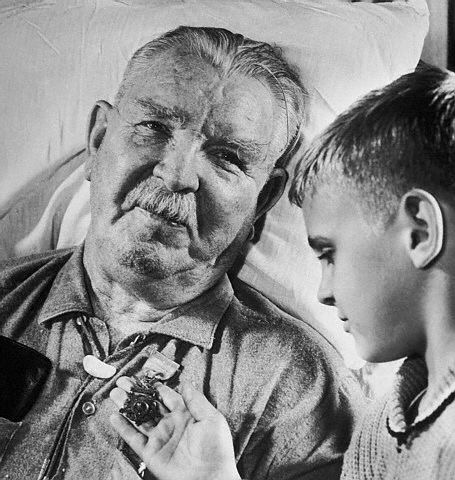 Today in History, October 8: 1918 – During the WWI battle of Argonne in France, a squad of American soldiers is pinned down by a German machine gun nest. Nine of the American soldiers had been cut down. The squad’s leader, Cpl. Alvin York, took action.

Born in a log cabin near the Kentucky/Tennessee border, York had been drafted into the Army and filed for conscientious objector status, but was denied. He had been a hunter back home in the hills. On that day in the Argonne, he stood his ground and used his uncanny marksmanship; each time a German soldier showed himself to sight in on the Americans, he was quickly killed by York’s deadly aim. After at least 20 Germans had been killed, their commander thought he must have miss judged the size of the American force and surrendered his remaining 90 troops. On their way back to friendly lines, the squad of now less than a dozen Americans took on more prisoners, returning with 132. York was promoted to Sergeant and the next year presented with the Medal of Honor.

Years later, as WWII was beginning, American sailors aboard the Enterprise were watching the movie “Sergeant York” on the hangar deck as they sailed unknowingly into war.

As the last photo shows…no matter our importance in our youth, we all get old. But what we chose to do in our youth remains.