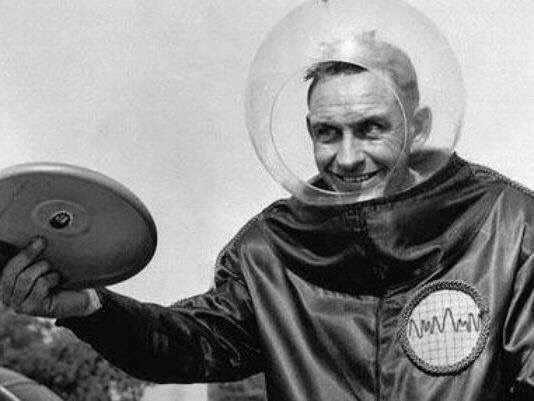 Walter Frederick Morrison sells the rights for an invention to the Wham-O Toy Company.

He and his wife had begun on the invention by selling “Flying Cake Pans” in 1937.

Nearly a decade later, after having learned more about aerodynamics while flying combat missions over Italy in a P-47 Thunderbolt fighter (shot down, spent time as a POW), Morrison began working on the invention again after WWII.

He and an investor began working with plastics, and he eventually came up with what he called the “Pluto Platter”, which is what he sold to Wham-O. Once college students began referring to it as a “Frisbee”, Wham-O changed the name.