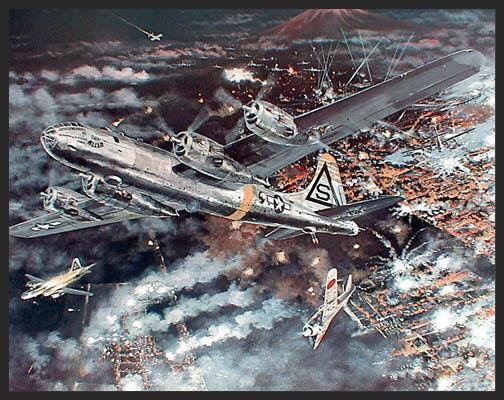 US B-29 Superfortress bombers drop over 200,000 lbs of incendiary bombs on Tokyo, igniting a firestorm much more damaging than the atomic bombs dropped on Hiroshima and Nagasaki, causing as many as 130,000 deaths as the mostly paper houses of Tokyo went up in flames.

Many of the houses had been used as independent manufacturing facilities to support the Japanese war effort.

16 square miles went up in flames (about the size of Tulsa now). In retrospect we could deem this as a war crime; however, if we look at it in the perspective of the times involved, as horrific as it was, it likely saved lives. Without the graphic wake-up call, the Japanese would have fought on…and millions would have perished.