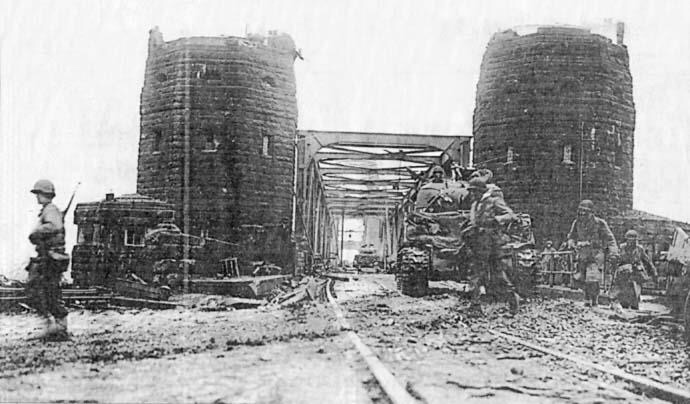 The Bridge at Remagen, or the Ludendorff Bridge Battle.

The American 1st Army arrived in Remagen to a surprise…that the last remaining bridge leading into Germany stood undamaged.

They quickly took the railroad bridge, which was strong enough for American tanks, trucks and artillery to move quickly into the German heartland. Once the bridge was taken, as always, it had to be kept.

And this bridgehead was important…and that is an understatement. The American forces had to fight against air attack, artillery, and sabotage. They moved quickly to take enough territory so that German artillery was out of range, set up sentries with powerful searchlights to catch enemy commandos, set up anti-aircraft batteries, and the bridge had it’s own Combat Air Patrol from the Army Air Corps. Engineers worked around the clock to repair any damage done to the bridge.