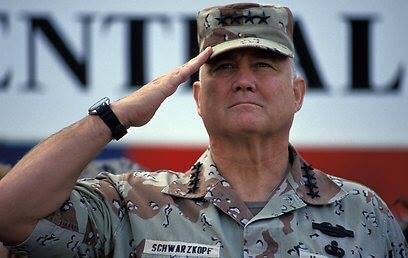 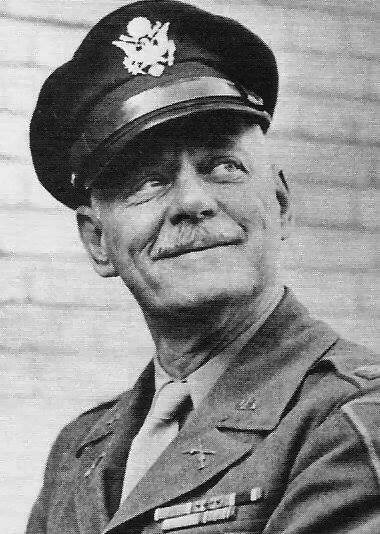 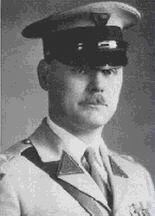 H. Norman Schwarzkopf looks down into the recently found shallow grave of infant Charles Lindbergh, Jr. in a field not far from the Lindbergh home.

The Lindbergh baby had been kidnapped from his home on March 1st, the ransom paid, but the child was not returned to his parents.

Schwarzkopf, a West Point graduate and WWI veteran, had been appointed in 1921 by the Governor of New Jersey to create, organize and train the New Jersey State Police.

It was in this capacity that he led the investigation of the Lindbergh Kidnapping, the “Crime of the Century”. He would prove that the baby had been killed accidentally as he was being carried down a ladder from his second floor bedroom.

When a new governor took office, Schwarzkopf would be sacked. Politics.

He would return to the US Army when WWII broke out, where he would be tasked to use his logistics and organizational talents to train the Iranian police, a country where the US was setting up railroads to supply the Soviet Union for the fight against Germany.

After the war, Schwarzkopf would also help set up the security forces of the Shah of Iran…back before the Iranian revolution made that country enemy #1.

Two years after he investigated the Lindbergh kidnapping, his son, H. Norman Schwarzkopf, Jr. would be born.

And as most know, “Stormin’ Norman” would follow his father to the middle east in the service of his country nearly six decades later.

The elder H. Norman Schwarzkopf would take part in the intrigue and skullduggery of the Middle East during the forties and fifties after solving the Lindbergh Kidnapping; his namesake would go back to the volatile region with him father’s background and wisdom, but to kick ass and take names.