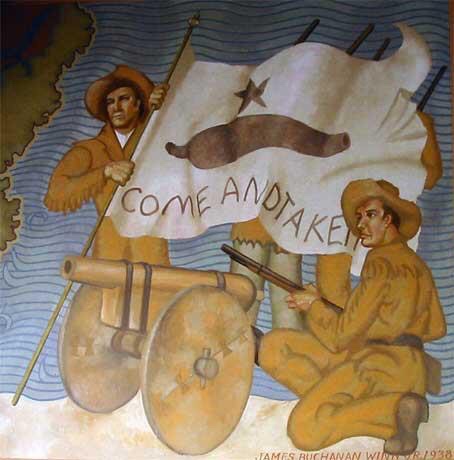 Mexican soldiers attempted to retrieve a cannon from American-Mexican settlers in the Village of Gonzales in Tejas.

The settlers fought back and kept their cannon. The Texas war for independence had begun. The Mexican government had encouraged immigration by Americans into the Mexican territory of Tejas in hopes that they would become loyal Mexican citizens.

It wasn’t long before Texas was a sovereign nation destined to become an American state.