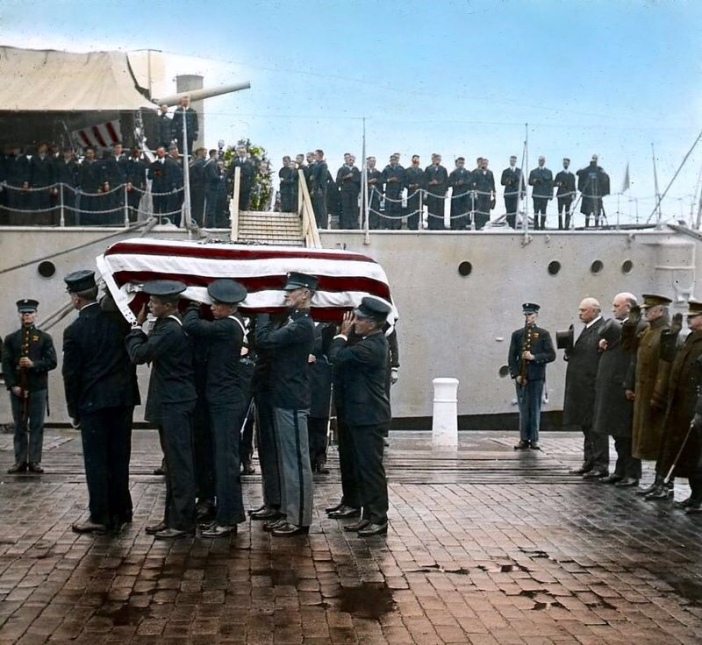 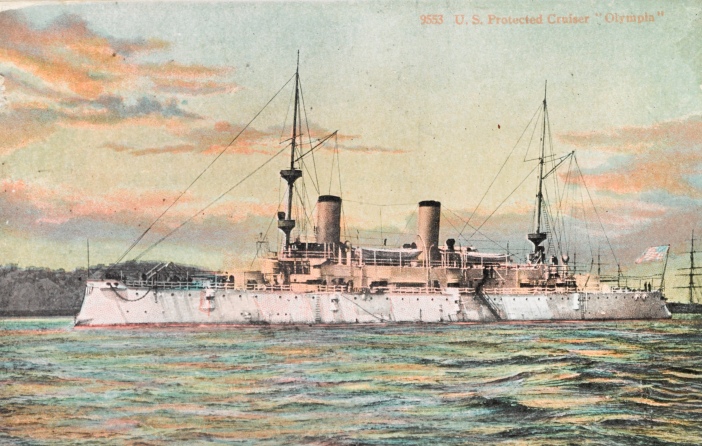 Her mission: To bring the Unknown Soldier back home for burial at Arlington National Cemetery.

The Olympia had a distinguished career. in 1898 she was Admiral Dewey’s flagship during the Battle of Manila Bay in the Philippines (Spanish-American War) in which the American fleet devastated the Spanish Fleet, propelling the US to international player status.

Dewey stood on the Olympia’s bridge when he famously said, “You may fire when ready, Gridley”.

The trip back to America from France with the Unknown Soldier was not uneventful. The ship feared they would be lost to a devastating storm.

Today, the Olympia is the oldest remaining steel hulled ship of the US Navy, a nearly 130 year old museum ship. But her story is far from over. The Olympia is suffering severe natural damage and it will take millions to keep her from dissolving into the Delaware River in Philadelphia.

And of course you can visit her famous passenger at Arlington National Cemetery in Washington D.C.