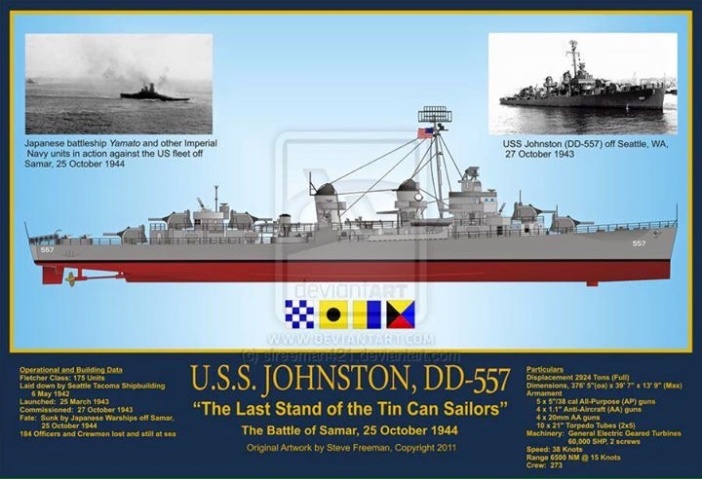 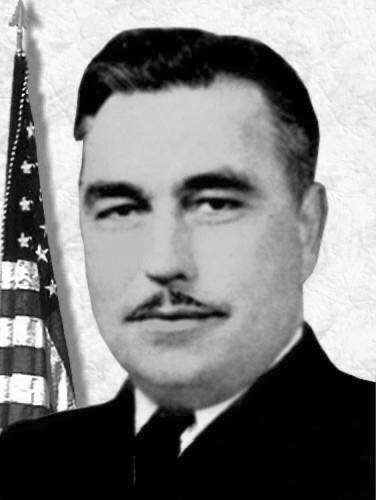 Did you know that we Okies make up only a little over 1% of the US population? And we’ve been around as a territory or state for less than half our nation’s history. Yet I keep finding that we’ve given a much larger accounting of ourselves in courage, commitment and love of our neighbors than that…much more than our 1% share.

Whether its the Sooners in the Great Land Rush, US Marshal Bill Tilgman, Will Rogers, the survivors of the Dust Bowl, OKC in ’95, our many astronauts, or the man in the photo, Ernest E. Evans, we are everywhere.

During the Battle Off Samar, in the Battle of Leyte Gulf (Oct. 24-26, 1944), Commander Evans (Oklahoma Cherokee) found his tiny destroyer and a couple of others, the only defense for the light carriers of “Taffy 3” from a massive Japanese force that included battleships, cruisers and destroyers.

For 3 hours he and his crew fought so hard that the enemy thought they were fighting a much larger combatant. In the end, the enemy retreated from the fierce American defense. Evans and his crew continued until they were sunk, and Evans went down with his ship. He was awarded the Medal of Honor.

Commander Evans knew his tiny ship did not stand a chance against the larger ships, but he placed himself and his crew between the enemy and his helpless charges…a true Sheepdog.